Time to change our professions narrative – lets have a new story

HomeTime to change our professions narrative – lets have a new story 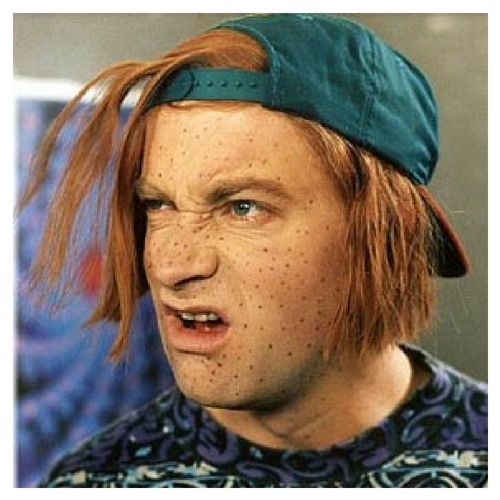 One of my jobs as a coach is to help people spot their long standing, personal narratives and work to change the often unhelpful stories we tell about ourselves and hopefully create new ones. However, on this occasion,  I am talking about the narrative our beloved profession of occupational therapy.

From the first day I stepped into OT colleges in the mid 1990’s, I heard it.  I’ve heard it for the last 25 years and I heard it when working with some undergraduates last week. That’s the thing about narratives – they perpetuate through the years as we repeat the same old story to ourselves and others and it’s passed down generations as a “truth” somehow. 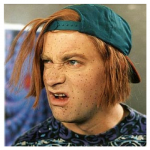 What is it? Well it goes something like this:

“no-one knows what we do” or

“they don’t understand what OT is”

I too have been guilty of perpetuating this narrative. I haven’t questioned it and to a certain degree, agree with it. The title of occupational therapy is a bit confusing and due to range of things we do most people don’t understand it. With that in mind, how many of us understand the different jobs that accountants or lawyers do, unless we know one personally?  At least people do seem to get that we are therapists and help people in some way!

However, on Friday, when speaking to these undergrad OTs, something shifted in me.

We were discussing social prescribing as the uni had just been visited by a company which was set up to deliver social prescribing (obvs no OTs were involved). There was quite a frustrated and angry response around this for many reasons, including a feeling that social prescribing was clearly an OT domain and that the people running it were not qualified to do this.  At this point, the usual narrative came tumbling out of one of the under grads mouths:

“well of course, they don’t understand OT…they don’t get what we do….no one ever does”

I must have been feeling a bit annoyed and I was a bit saddened to hear this from a newbie, so I started to challenge this automatic thought – this annoyance, as two important things occurred to me.

Number one: All of these other services/jobs such as activity assistants, social prescribing, arts in health, life coaches (!) may irk us somewhat, but they exist because:

THE WORLD REALLY DOES UNDERSTAND WHAT OCCUPATIONAL THERAPY IS – IT KNOWS HOW POWERFUL MEANINGFUL OCCUPATION IS !

We have just been ahead of our time in doing it for 100 years and understanding the power of creative and meaningful activities. We can’t “own” the natural, powerful nature of human beings which drives them to be occupied, to be creative, to create a meaningful day – can we?

In some ways we should feel honoured that the world finally “gets” what OTs have been banging on about for a hundred years!

After this realisation (or maybe just a reframing!) I then thought “well we need OTs to become consultants in these new fields, rather than vanishing down an NHS rabbit hole or staying small in our own practice as we try and help a handful of people.  But then the second thing struck me:

Number Two: We are a small profession and we can’t do it all. Even if we all became consultants, leaders and policy makers, there still aren’t enough of us to help 70 million people live full, meaningful lives (and of course, not everyone wants to be a leader) To put this in perspective there are 300,000 nurses, over 100,000 doctors and only 40,000 OTs in the UK. (interestingly there are estimated to be around 100,000 life coaches in the UK and 150,000 complementary therapists).

Apparently we already 2punch above our weight” (to quote a recent Guardian article about OT) and it can be quite exhausting, can it, constantly striving to be heard and understood?

I’m asking us, including me, to shift perspective and start speaking a new story, a new narrative for the occupational therapy profession.

Instead of immediately saying “they don’t understand OT” or “that not OT, that activity coordination/social prescribing/life coaching thing”. Instead of being annoyed that a project that seems to use occupational principles is getting millions of pounds funding or being annoyed that the world seems to be entranced with this new fangled route to wellbeing through the creative arts (commonly known as knitting), we could say things like this:

“its great that the world if is finally understanding the power of occupation!”

This will have more impact that getting annoyed.

If we consistently own occupation focused treatment and talk about it in occupational terms and, as I have said many times before, engage with those projects rather than rant about them, it will raise our profile. It should make us feel that our profession is actually gaining ground in raising awareness.

Maybe it’s easier to say “people don’t understand OT” than accept the power we have as a profession right now, but it’s time to look at it differently and speak a different story.

It’s time to shed the “teenage” voice of the profession which says “no one understands me” (to be imagined in a Kevin style voice, from Kevin and Perry) and be a little more mature,  stand in our own power and let go of this old story – it no longer serves us.