So What’s Coaching For? 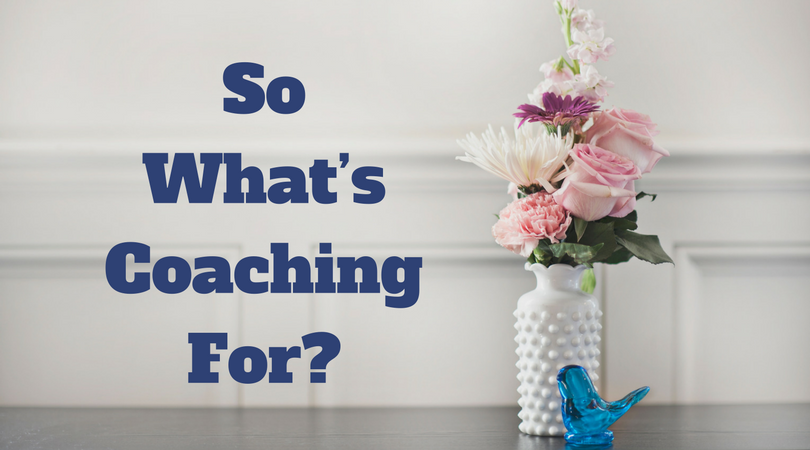 An American researcher called George Vaillent set up a longitudinal study with a group of male students at Harvard Medical School in the 1940’s to try to review their levels of happiness as they traveled through their lives. Last year, in a Radio 4 interview he concluded that the word happiness is in itself a misleading word as it smacks of ‘getting lucky’ or just hedonistic self-gratification. But most interestingly he identified that the men in his study who lived the longest all described having had a sense of fulfilment in their lives (which they did not simply described as happiness). George Vaillent’s study revealed that the men who expressed a sense of life fulfillment also had strong connections with family and friends, particularly young children and pets; they displayed emotional intelligence and relationship skills; plus a resilience to deal with life’s issues.
The indication being, that attaining ‘fulfilment in life’ is important as it may actually enhance longevity and quality of life!

Subsequent studies have shown that many people at some point in their lives will experience dissatisfaction and possibly distress; expressing worry that they should have a better job or be, amongst other things, richer, fitter, thinner, more creative, more intellectual or simply happier. Despite a great deal of research into happiness over the past few decades, happiness has proved difficult to define. Studies into ‘happiness’ have also shown that even rich, fit, thin, creative, clever people confess to pervasive feelings of worry, unease, low mood, concern and vague anxiety as if things aren’t quite right or something’s missing – you could call it ‘non-specific unhappiness’.

But how many of us take ‘finding our own life fulfilment’ seriously? The George Vaillent study suggests that it’s not a selfish quest but could actually be the basis of health and happiness for ourselves, our relationships and our wider community. Finding fulfilment could simply start with establishing a better balance of things; such as ‘me time’ balanced with time with others; or earning money through traditional routes balanced with purely creative activities; or self-care such as enough sleep, regular exercise and good food; or less TV and maybe more cloud watching.

Tying down the specifics of a personal plan for greater fulfilment is something you might want to consider and can be done within some coaching conversations – try it – it could make you live longer!
Janet McClean OT, Mentor, Occupational Coach

0
CoachingOT
« OTs Doing it Differently: Vanessa Volpe
One day “they” will find me out… »